Nearly everyone is aware of diabetes to some degree, and many of us likely know someone afflicted with the disease-- in 2017, the International Diabetes Federation estimated that globally approximately 425 million adults were living with diabetes and by 2045 this will rise to 629 million.. If you’re fortunate 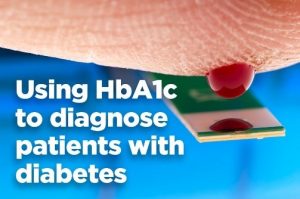 enough not to have the disease or know someone who has been diagnosed, you may only have a rudimentary understanding: diabetes affects your blood sugar, and there are two types. But what are the symptoms, and how is diagnosed?

It’s important to understand why early detection and treatment of diabetes is so important. Of those more than 30.3 million adults with diabetes in 2015, 7.2 million were undiagnosed. Every year, 1.5 million Americans are diagnosed with diabetes, and it was the seventh leading cause of death in the United States in 2015. According to the American Diabetes Association (ADA), the cost of diagnosed diabetes in the U.S. in 2017 was $327 billion, far exceeding the cost of cancer (estimated at $174 billion for 2020) and heart disease and stroke (at $199 billion)!

Early detection and treatment of diabetes is an important step toward keeping people with diabetes healthy. It can help to reduce the risk of serious complications such as premature heart disease, stroke, blindness, limb amputations, and kidney failure.

What to Look For

To save you from Googling, these are the common symptoms of diabetes according to the ADA:

Additionally, the U.S. Department of Health and Human Services recommends that you be tested if you are overweight and older than 45; overweight, younger than 45 and have one or more additional risk factors; and/or of African-American, Asian-American, Latino/Hispanic-American, Native American or Pacific Islander descent.

There are several ways that doctors can test for diabetes:

The inconvenience of measuring fasting plasma glucose levels or performing an OGTT, and day-to-day variability in glucose, means that an alternative to glucose measurements for the diagnosis of diabetes was highly sought. A1c is recommended by an International Committee and the ADA to diagnose diabetes.

According to the National Center for Biotechnology Information, A1c can be used to help diagnose diabetes under the following guidelines: rigorous quality assurance tests are in place; assays are standardized to criteria aligned to the international reference values; and there are no conditions present which preclude its accurate measurement.

The Deets on A1c

The higher your blood sugar levels, the more hemoglobin you'll have with sugar attached. An A1c level of 6.5 percent or higher on two separate tests indicates that you have diabetes. An A1C between 5.7 and 6.4 percent indicates prediabetes, and below 5.7 is considered normal.

If the A1C test results aren't consistent, or if the patient has certain conditions that can make the A1C test inaccurate, such as pregnancy, then doctors may use alternative tests to diagnose diabetes.

There are a few limitations to the test that doctors must consider. The A1c test may not be accurate for some, including people of African-American descent and people with liver and kidney disease, some anemias, and sickle cell disease. Secondly, while A1c offers an overall picture of glucose control, the test does not provide a detailed perspective of glucose control. Glucose results can show the daily ups and downs and patterns of glucose control. Having both A1c and glucose results can lead to more informed observations and possible treatment changes.

In 2009, an International Expert Committee with members appointed by the ADA, the European Association for the Study of Diabetes, and the International Diabetes Federation determined that A1c is the test of choice for the chronic management of diabetes and is now being recommended for its diagnosis.

Sekisui Diagnostics offers an enzymatic HbA1c test as part of its SEKURE® clinical chemistry test kit portfolio and in bulk format for an OEM solution. On the 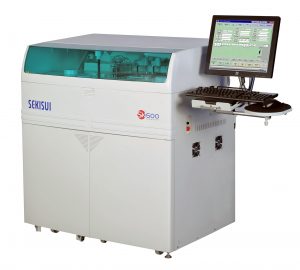 SK™500 Clinical Chemistry System, the SEKURE® HbA1c assay is used in clinical laboratories to measure the percent concentration of HbA1c (NGSP) or the HbA1c fraction mmol/mol (IFCC) in human venous whole blood and hemolysate. It is an enzymatic assay which is NGSP certified and utilizes an onboard pretreatment step on, eliminating time-consuming manual preparation prior to testing. With the FDA clearance, the SEKURE® HbA1c test is now available on the SK500 in both the U.S. as well as the European Union as it previously obtained a CE mark.

Ultimately, measurement of A1c is a vital tool used as an aid in the diagnosis of diabetes and in the identification of patients at risk for development of diabetes, and for the monitoring of long-term blood glucose control in individuals with diabetes. 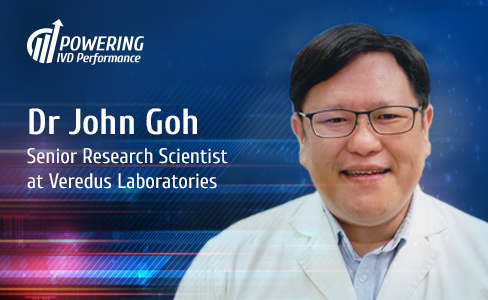 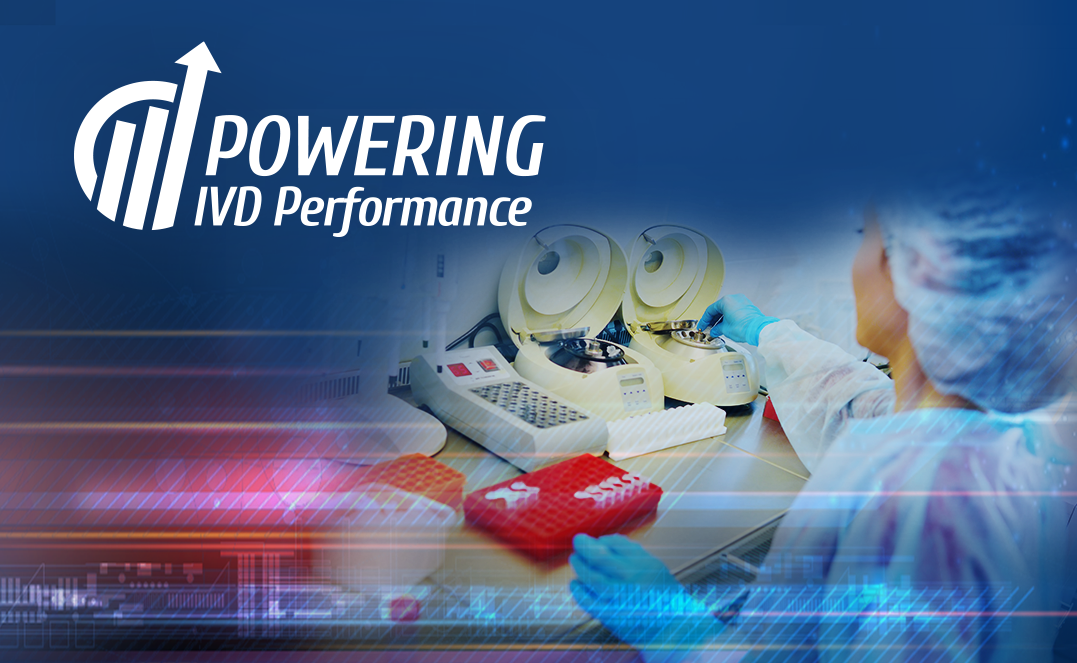