About 295,000 women worldwide died during and following pregnancy and childbirth in 2017.1 The vast majority of these deaths - 94% - occurred in low-resource settings, particularly Sub-Saharan Africa and Southern Asia. But maternal morbidity and mortality are a problem in the Western world as well. In fact, the U.S. has the highest maternal mortality rate among developed countries.2 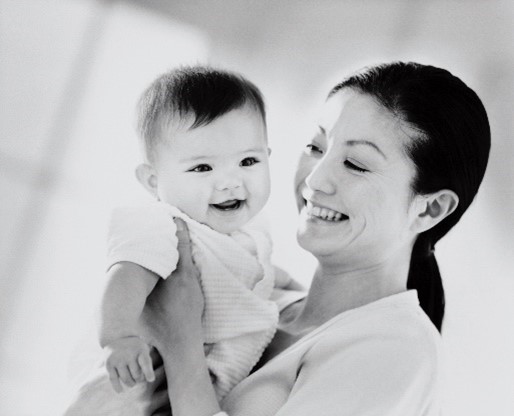 Pregnancy-related complications take the lives of approximately 700 people in the U.S. each year. 3 What’s more, for every American woman who dies from childbirth, 70 nearly die from conditions including cardiac issues, hysterectomy and kidney problems.4 In addition to medical issues, treatment for these complications can become an ongoing financial and emotional burden.

Major complications that account for nearly 75% of all maternal deaths5 include:

Rates of hypertension during pregnancy are increasing globally6, which also increases the risks for complications for the offspring, such as preterm delivery, small for gestational age and low birthweight. Among high-income countries, the United States has one of the highest hypertensive-related maternal mortality rates. Cardiovascular disease, which includes stroke and heart failure, now accounts for up to half of all maternal deaths in the U.S, and pregnancy-related stroke hospitalizations increased more than 60% from 1994 to 2011.

Pregnant women are also at risk of violence.8 In the United States pregnant women die by homicide more often than they die of pregnancy-related causes — and they're frequently killed by a partner. Researchers found that U.S. women who are pregnant or were pregnant in the prior 42 days (the postpartum period) die by homicide at more than twice the rate that they die of bleeding or placental disorders — the leading causes of what are usually classified as pregnancy-related deaths.

The weeks following birth are a critical period for a woman and her infant.9 She is recovering from childbirth, adjusting to changing hormones, and learning to feed and care for her newborn. In addition, she may be dealing with lack of sleep, fatigue, pain, breastfeeding difficulties, stress, new onset or exacerbation of mental health disorders, lack of sexual desire, and urinary incontinence. Women also may need to navigate preexisting health and social issues, such as substance dependence or intimate partner violence.

Women with pregnancies complicated by preterm birth, gestational diabetes or hypertensive disorders of pregnancy should be counseled that these disorders are associated with a higher lifetime risk of maternal cardiometabolic disease. These women should undergo risk assessment for future arteriosclerotic cardiovascular disease.

The high number of maternal deaths in some areas of the world reflects inequalities in access to quality health services and highlights the gap between rich and poor. The maternal mortality ratio (the number of maternal deaths per 100,000 live births) in low-income countries in 2017 was 462 vs. 11 in high income countries.10 It is also true that women in less developed countries have, on average, more pregnancies than women in developed countries, increasing their lifetime risk of death due to pregnancy.

Solutions exist, though they are not being implemented evenly across the globe.

Between 1993 and 2014, the rate of U.S. women nearly dying from childbirth almost tripled.17 To help explain those statistics, experts point to risk factors that have increased in recent years: American women are giving birth at older ages and are more likely to have problematic conditions like obesity, high blood pressure and diabetes.

Solutions exist, though they are not being implemented evenly across the globe.

For example, the World Health Organization recommends midwives as an approach to reducing maternal mortality. Several systematic reviews have found that midwifery-led care for women with healthy pregnancies is comparable or preferable to physician-led care.18 Yet in the U.S., obstetrician-gynecologists (ob-gyns) are overrepresented in its maternity care workforce relative to midwives, and there is an overall shortage of maternity care providers (both ob-gyns and midwives) relative to births. In most other countries, midwives outnumber ob-gyns by severalfold, and primary care plays a central role in the health system.

In addition, studies have demonstrated that home management, including remote self-monitoring, is feasible and safe in terms of maternal and fetal outcomes for intermediate- and high-risk pregnant women.19 Yet the U.S. fails to guarantee access to provider home visits or paid parental leave in the postpartum period.20

Maternal health, maternal safety, pregnancy-related complications
Made in the USA: It Matters!
There’s no escaping zoonotic diseases. But there are ways to manage them