Flu Season: What happened to cause last year’s perfect storm? 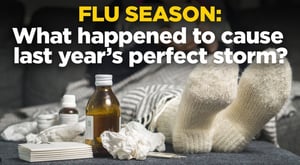 The flu. Patients don’t want to think about it and, this time of year, neither do physicians, especially after the 2017-2018 “perfect storm” of a season. We all have flu fatigue, if you will. So what happened to cause such a rampant season, and how can you prepare for next year?

According to the CDC, there were 30,429 laboratory-confirmed flu-associated hospitalizations in the U.S. from October 1, 2017 through April 30, 2018. Hospitalization rates were record-breaking, exceeding the rates seen in the severe 2014-2015 season, the CDC reported.

What made this season different from others?

It turns out there were several issues at play. First, influenza A, specifically H3N2, was especially prevalent. This strain tends to see more serious cases of the flu and due to the virus mutation, decreased effectiveness of the vaccine. A separate flu strain, H1N1, was also seen in some parts of the U.S., leading to even more cases.

Not only is this strain more severe, but people have less exposure to it. Thus, less immunity has built up in the general population.

Experts predicted a rough flu season after Australia reported high infection rates in summer and fall 2017, stating almost two-and-a-half times more infections than in the same period as the prior year. Australia’s flu season typically wraps up just as ours is getting started, meaning it can serve as a barometer of sorts for the U.S.

Additionally, Flu News Europe reported that influenza viruses circulated at high levels for longer than in recent seasons and may have contributed to the severity of the season. However, in Europe, the majority of influenza viruses detected were type B.

A Tidal Wave of Worries

This severe strain of the flu was met head-on by…a flu test shortage in the US Following the FDA issuing a final order reclassifying antigen-based RIDTs (rapid influenza virus antigen detection test systems) from Class I into Class II devices, leading to a shortage of flu tests after about half the flu kits were removed from the market.

An additional complication arose with the vaccine itself, which is grown in chicken eggs. When this year's vaccine was being incubated, the virus mutated and became less effective.

How Customers Were Affected

The influx of patients affected physicians and labs all across the country. Some states like California were forced to erect tents to triage the mass of patients, and schools in Texas closed to help stop the spread of the virus. Labs were overwhelmed and overburdened, and physicians began to prescribe the antiviral medication Tamiflu without confirming a flu diagnosis. Shortages of the medication were reported in several parts of the country.

Physician Response (Out of Sight, Out of Mind?)

“We need a universal flu vaccine!” cry some physicians, and while this may be true, it doesn’t help you prepare for the next flu season. Some physicians simply don’t want to think about it, and some are even returning unused supplies instead of keeping them. It’s important to keep the conversation about flu preparation going all year long – this is not an out of sight, out of mind situation! We’ll talk more in later blogs about what you can do to prepare, and how to decide which flu test is best for your office.

Sekisui Diagnostics can also assist with the transition to in-house moderately complex testing. You may have a lot of uncertainty about the process, but it’s not as difficult as you may think! With some predicting another bad season in 2018-2019, and with the difficulties experienced by so many this past year, your customers and patients deserve the best you can give them. 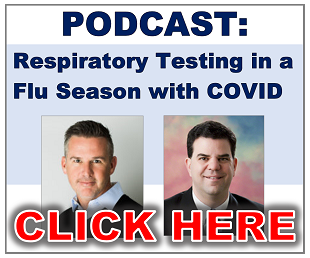 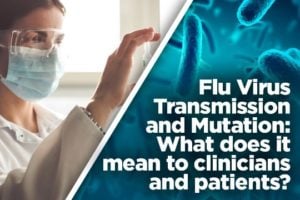 Flu Virus Transmission and Mutation: What does it mean to clinicians and patients?