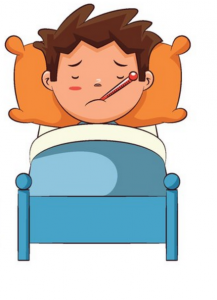 What’s happening in Australia could spell bad news for Europe and the United States (U.S). This year’s winter in Australia and New Zealand found hospitals struggling with demand in the face of a heavy flu season. Australia saw nearly 2½ times more infections than in the same period last year. As of September 2017, there are a reported 121 deaths in Australia. The dominant circulating strain is influenza A, H3N2 (H3). H3N2 is more resistant to flu vaccinations than most, and often affects children and the elderly.

In the U.S we have been hearing about confirmed cases of influenza sporadically across the nation. In fact, at the University of Arizona nearly 100 “flu-like and confirmed influenza cases” have already appeared, leading county health officials to label it an early start to flu season.

In the UK, the NHS is preparing for the “worst flu season in its history” as the head of the health service has warned that “influenza levels are expected to be high.”

How Many People Does the Flu Impact?
From an infographic by the Center for Disease Control (CDC) Foundation (here), there are approximately 31.4 million outpatient visits and 200,000 hospitalizations each year related to influenza in the U.S.

Its impact isn’t just felt by those who’ve contracted the flu. Each year, the U.S. spends about $10.4 billion in direct costs for flu-related hospital and doctor visits. One CDC study that evaluated the cost of flu outbreaks projected that in the event of a flu pandemic, “the estimated economic impact would be $71.3 to $166.5 billion, excluding disruptions to commerce and society”…in the U.S. alone.

Flu Diagnosis
Flu diagnosis has become big business, and the faster doctors receive the results, the better. With strong growth projected into the future, Point-of-Care Testing (POCT) is the fastest growing segment of the diagnostics market, due largely to its promotion of rapid answers and the ability to provide faster clinical treatment.  Rapid influenza testing enables the early recognition of patients with influenza and has many potential advantages, including the prevention of unnecessary antibiotic prescriptions, hospitalizations, and influenza transmission.

This year in the U.S. the FDA reclassified antigen-based RIDTs as Class II devices in order to improve the overall quality of testing for influenza. The FDA has provided certain performance criteria that manufacturers will have to meet in order to market their influenza assays. This provides laboratories and physicians peace of mind that their method of POC testing meets their needs.