Testing for STIs declined during the pandemic

We Can Do Better, Public Health Experts Say

Each year there are an estimated 376 million new infections worldwide with one of four sexually transmitted infections (STIs) – chlamydia, gonorrhoea, syphilis and trichomoniasis. The year 2019 brought the sixth consecutive year of record numbers for chlamydia and gonorrhoeae, along with another increase in syphilis, in the United States. 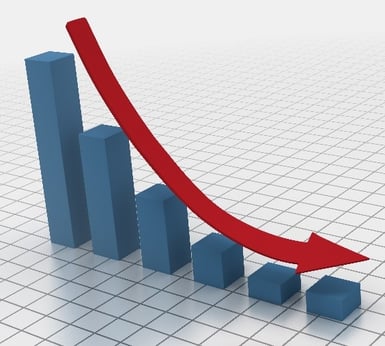 But something changed after March 2020: The rate of reported STIs declined in many parts of the world. Most researchers and public health officials believe that wasn’t because the incidence of STIs declined, but because testing and reporting declined during the pandemic. In the U.S., for example, the Centers for Disease Control and Prevention in May 2020 recommended halting STI testing except for patients exhibiting symptoms, a recommendation challenged by public health experts on the grounds that many people with STIs (80% of those with chlamydia or gonorrhea) are asymptomatic.

A lack of testing might have led to a reduction in reported STIs, but it only masked an underlying problem. Researchers in one U.S. study estimate that from March 2020 through June 2020, an expected 27,659 (26.4%) chlamydia and 5,577 (16.5%) gonorrhea cases were potentially missed due to the pandemic-related reduction in testing and screening.

One U.S. study found that screening and testing for STIs decreased by 63% for men and 59% for women during the early months of the COVID-19 pandemic. Declines in testing were strongly associated with increases in weekly positivity rates for chlamydia.

Public Health England reported that between January and June 2020, comparing data from sexual health services (SHSs) with data reported for both January to June in 2019 and January to June in 2020, there was a 13% reduction in consultations at SHSs in England compared to the same period in 2019. Despite a recovery in May and June, the number of consultations reported in June 2020 was 11% lower than in June 2019. (Test positivity at SHSs was also highest in April 2020, likely due to the prioritisation of services for those at higher risk, who are clinically vulnerable, or who have STI-related symptoms.)

Many people with STIs (80% of those with chlamydia or gonorrhea) are asymptomatic.

In Catalonia, one of the regions in Spain with the highest number of confirmed COVID-19 cases, the number of STI-reported cases in the first five months of the lockdown was 51% less than expected, with a maximum decrease of 72% for chlamydia and minimum of 22% for syphilis. “This fact can hardly be explained without significant underdiagnosis and underreporting,” researchers concluded.

Can We Do Better?

Such statistics have caused the public health and medical communities to question how they might do a better job of screening, testing and treating STIs even under difficult circumstances, such as a pandemic.

In the UK, innovations in service delivery, such as online or tele-consultations for HIV and hepatitis, STI and blood-borne virus (BBV) self-sampling kits, and expanded community outreach testing and linkage to care for hepatitis C, picked up during 2020. Even so, “there is a critical need to evaluate the impact of these changes on health inequalities, as HCV, HIV and many STIs predominantly affect socially disadvantaged and/or marginalised groups who already experience poor health outcomes, including people who inject drugs (PWID) and experience homelessness, and certain black and Asian ethnic minorities,” according to Public Health England.

Some public health experts advocate Expedited Partner Therapy a technique that could potentially slow the escalation of STIs during lockdowns and periods of social distancing. With EPT, healthcare providers can give medications or prescriptions to STI-positive patients to distribute to their sexual partner(s) without the partner(s) needing an examination by a medical professional.

Researchers at the University of Alabama in Birmingham (USA) concluded that although limiting routine access to treatment for patients vulnerable to STIs might have seemed appropriate – even necessary -- in the spring of 2020, public health and medical providers have learned a better way to provide sexual healthcare in difficult circumstances.

“By screening patients, limiting face-to-face encounters, and requiring masks, we have seen many medical clinics reopen safely and stay open,” they wrote. “Many health systems have rapidly scaled up telemedicine platforms, which decompresses crowded clinics without interrupting care. Other innovations include at-home testing programs, mail-order condom distribution, partnerships with pharmacies and other commercial entities, and express visits with self-collection of specimens.

“Although COVID-19 transmissions continue in some settings, with technology and adherence to public health measures, many clinics have found ways to continue operations while remaining safe for both patients and staff.”

The OSOM Trichomonas test from SEKISUI Diagnostics has much improved sensitivity and excellent specificity, and compares favorably to NAATs [nucleic amplification assay tests], with reported sensitivities of 83%–90%. Our Tricomonas test:

Its high sensitivity and excellent specificity make the OSOM test an ideal assay for resource-limited settings. And use of this assay as a standard point-of-care test for the detection of trichomoniasis in an emergency department has been shown to prevent overtreatment of vaginal infections compared with historical controls before the introduction of the point-of-care test, resulting in good antibiotic stewardship.

Turning the Tide on Presenteeism