Sexually Transmitted Infection Diagnostics and Treatment: What You Need To Know 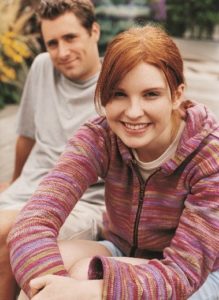 The mention of STIs (sexually transmitted infections, also called STDs or sexually transmitted diseases) may make some flashback to junior high health class. Good news—this isn’t the 8th grade anymore! You’re  not stuck in a windowless classroom with 20 of your blushing peers and a teacher who, quite frankly, would rather be anywhere else. Now, you know the reality which is that STIs are a significant global public health issue.

According to the World Health Organization, an estimated 357 million people become ill each year with syphilis, Chlamydia trachomatis (CT), Neisseria gonorrhoeae (NG), and Trichomonas vaginalis (TV). STIs aren’t prejudiced and take aim at men and women of all ages, backgrounds, and economic levels, though women are disproportionately affected with long-term consequences. According to the CDC, STIs cause infertility in at least 24,000 women in the U.S., and untreated syphilis in pregnant women results in infant death in up to 40%of cases. Women are impacted more severely than men for several reasons, including anatomy and the fact that women are less likely to experience or recognize symptoms of many of the common STIs. The fact is, STIs are on the rise worldwide and there is a need for accurate, quick, and cost-effective methods of testing at the time of the office visit.

What You Should Know

Some of this you may already know (perhaps from that vaguely humiliating health class?) but it’s always best to be armed with knowledge! Human papillomavirus (HPV), chlamydia, and gonorrhea are the three most common STIs in the U.S.

While that health class likely taught you about the more common STIs, did you know that more than 30 different bacteria, viruses, and parasites are known to be transmitted through sexual contact?

The others, which are viral infections, are incurable and include:

STIs represent a huge cost for the healthcare system in the U.S. The CDC estimates that the lifetime cost of treating eight of the most common STIs contracted in one year is $15.6 billion. Some STIs are incurable and require lifelong treatment, snowballing the expense. Even those STIs that are curable still cost more than $700 million annually.

These numbers do, without doubt, make the cost of educating the public with prevention strategies well worth the effort. According to the CDC, those without health insurance are one of the main populations that use publicly funded safety net STI prevention services. In other parts of the world, patients do not have easy access to reliable, low-cost, point-of-care tests that allow diagnosis and treatment in one visit.

Often, people infected with STIs don’t even realize they have been infected—they experience few, if any, symptoms. That’s why regular testing is so important. The CDC has issued screening recommendations for several types of STIs:

Ultimately, STI testing should be made available in every clinical setting. There are a variety of tests available for use at or near the point-of-care for STIs and recently the 2018 European (IUSTI/WHO) International Union against sexually transmitted infections (IUSTI) and World Health Organisation (WHO) included point-of-care tests, and specifically the OSOM® Rapid Trichomonas test, in their guidelines on the management of vaginal discharge

Patients and physicians should seek and discuss testing options, especially rapid methods which can be used at the point-of-care, to ensure they are utilizing effective tools to diagnose, treat and counsel while the patients are in the office or clinic to ensure optimal outcomes and reduce the spread of infections.